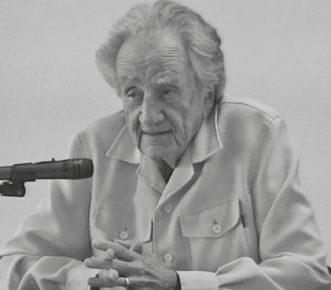 The Spanish psychologist Miquel Siguan worte in his biography that he never considered himself a psychologist in the strict sense (Siguan, 1984). He had a broad intellectual background and both entertained a constant interest and worked in different fields including philosophy, sociology, history and pedagogy. During his career, he would become one of the key figures in the history of psychology in Spain. He was part of a small group of psychologists who managed to institutionalize the discipline in the country after the Spanish Civil War (1936-39). In 1962 he became Professor of Psychology at the University of Barcelona and in the years that followed he was decisive in establishing and designing the degree in psychology at that university. At the beginning of his career he published on migration within post-war Spain, industrial psychology, and projective tests. Yet today, his later work on bilingualism is more widely known, especially among psychologists and psycholinguists. Throughout his life, Siguan contributed significantly to psychology in Spain, which was going through a disrupted and decisive period in its history. This article contains: a short, contextualized biography; a presentation of some of Siguan’s early contributions during the Franco regime and an overall assessment of his approach and personal memoirs of this historical figure.

Here we present for the first time the content of a talk Miquel Siguan delivered as the invited keynote speaker at the 2002 conference of the European Society for the History of the Human Sciences. The event took place between August 30 and September 2, 2002, in Barcelona. Siguan’s talk was filmed by the organizers of the conference and transcribed by Mariagrazia Proietto, Beni Gómez-Zuñiga and Annette Mülberger. In his talk, Siguan reflects on his life and career at the age of 84. To orient the reader, we have included some headings that break up his speech into sections. His testimony of an exciting and challenging long life full of experiences is enriched with straightforward expressions containing personal opinions, worries, and preferences. His concerns touch topics such as the problem of scientific language, which are still relevant today. Taking advantage of Beni Gómez-Zúñiga’s personal acquaintance with him, we start with her personal impressions and memories by way of an introduction to Siguan’s speech.