The Department of History of Science and Ideas is a dynamic research environment, with a particular emphasis on history of science, history of medicine, intellectual history, history of education and media history. Around 40 teachers, researchers and guests work in the milieu, including ca 15 PhD students. See our website for more information.
Each position is a 4-year full-time employment (starting salary is currently 25 600 SEK/month) which qualifies for all Swedish social benefits, such as paid parental leave. The work might also entail teaching and other assignments up to 20% of the full-time position (extending the time proportionally).
For more information, see here.

The deadline for the next round of applications is Wednesday 1st March 2017. 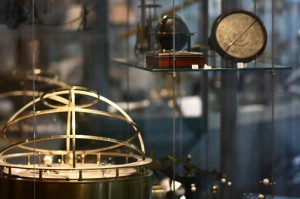 The Scientific Instrument Society (SIS) awards small grants, of up to £500 each, for research on the history of scientific instruments. Applicants do not need to have any institutional affiliation and applications that are for less than the full amount are just as welcome – a properly costed proposal with a clear relevance to the Society’s interests in historic scientific instruments, a realistic timetable and a tangible result are the most important factors that the committee will be considering.
Please note that the grant awarded will be paid against actual expenditure and funds cannot be paid in advance.  The grant is intended to cover items such as travel, accommodation (excluding meals) and photocopying costs.  Please note that we cannot fund conference travel or contribute to the cost of outreach projects such as events and exhibitions.
Further information on what the Society can support and the terms and conditions of the award can be found here.
Examples of previously successful applicants may be found here.
The short application form may be found here.
If you have any queries about the grants, please contact grants@sis.org.uk and a member of the Society will respond in due course.

The History, Classics and Archaeology Department at Birkbeck, University of London is pleased to announce a fully funded three-year post-doctoral fellowship to work on a project that falls within the scope of Daniel Pick’s Wellcome Trust senior investigator award, ‘Hidden Persuaders? Brainwashing, Culture, Clinical Knowledge and the Cold War Human Sciences, c. 1950-1990’.

The new post-doctoral fellow will work closely with the Hidden Persuaders team to produce original research, organise academic conferences and public events, and also assist with various other outputs in the form of edited volumes, film, web resources and more. The post-doc will join our growing network of historians and practitioners of psychoanalysis, psychiatry and psychology, and should focus his/her research contributions on one or more distinct strands of the Hidden Persuaders project, described here.

We would welcome applications from academics with prior knowledge of the history of psychoanalysis, psychiatry and/or psychology. Some previous familiarity with post-war political and/or cultural history would also be an asset. A working knowledge of one or more European languages other than English, e.g., Russian, German, Spanish or French would be useful, as would facility in one or more Asian languages (Chinese, Korean, Vietnamese, Khmer or Malay). The ability and willingness of the appointee to travel and work for several weeks at a stretch in overseas archives (as required) is essential, as part of the post-doctoral fellow’s task will be to gather and analyse data on perceptions and use of psychological warfare and indoctrination in various Cold War campaigns overseas.

The closing date for completed applications is midnight on Wednesday 13 April 2016.

Interviews will be held on Thursday 28 April 2016.

The Max Planck Institute for the History of Science in Berlin, Department II (Lorraine Daston), announces a Postdoctoral Fellowship, starting date September 1, 2016 – ending date: June 30, 2019.Outstanding scholars no more than three years past the award of their doctorates are invited to apply.The fellowships will be awarded in conjunction with the research projects of the Department.

Candidates should hold a doctorate in the history of science or a related field at the time the fellowship begins. The quality and relevance of the project rather than the discipline in which the doctoral degree was awarded will be decisive in the award of fellowships. Priority will be given to applicants whose projects complement the research initiatives of the department. However, postdoctoral fellows are expected to carry out their own individual research programs.The Max Planck Institute for the History of Science is an international and interdisciplinary research institute. It is expected that candidates will be able to present their own work and discuss that of others fluently in English. Applications may however be submitted in German, English, or French. The fellowship includes a travel fund of 2000 € annually. Postdoctoral fellows may host one workshop in their field of expertise.Candidates of all nationalities are welcome to apply; applications from women are especially welcomed. The Max Planck Society is committed to promoting more handicapped individuals and encourages them to apply. Postdoctoral fellows are expected to participate in the research activities of the Institute. Fellows will be employed on a contract basis including social security benefits within the TVöD E13 range of the German system.Candidates are requested to send a curriculum vitae, publication list, research prospectus (maximum 750 words), and one sample text (e.g. a journal article, book chapter, dissertation excerpt; maximum 10,000 words). These materials must be submitted as one single PDF-document. Candidates should also arrange for two reference letters (one of which should be from the candidate’s doctoral advisor) to be sent separately.All application materials (including reference letters) must be submitted no later than February 28, 2016 (23:58 CET)to: https://s-lotus.gwdg.de/mpg/mbwg/pd_dep2_2016_01.nsf/applicationPlease note that only electronic submissions via this link will be accepted.

The postdoctoral fellows will contribute to the further development of the Berlin Center for the History of Knowledge—the network through which the partner institutions anchor the history of knowledge in teaching and research in Berlin—and to reflection on the foundations of the research field. Alongside their own research, successful applicants will therefore be expected to organize joint working groups, colloquia, or workshops. They will be allocated a workspace at one of the participating institutions.

1) The focus area “practical knowledge” looks at domains in which knowledge emerges or is applied in systematic combination with practice, revealing the dynamic relationship between praxis and knowledge development;

2) The focus area “fieldworks of knowledge” covers the whole spectrum of practices, strategies, negotiations, and reflections around working with, and on, knowledge in the field. In the narrower sense, this refers to sites located outside the laboratory or the researcher’s office, which have come to typify the humanities.

END_OF_DOCUMENT_TOKEN_TO_BE_REPLACED

The Consortium offers short-term Research Fellowships, nine-month Dissertation Writing Fellowships and a nine-month NEH Postdoctoral Fellowship for scholars in the history of science, technology and medicine. Dissertation and Postdoctoral Fellows use offices in the Consortium’s facility in Center City Philadelphia and have ready access to events and activities throughout Philadelphia’s vibrant academic and cultural communities.

The Consortium’s fellowships may be held sequentially with fellowships offered separately by consortium member institutions but may not be held concurrently. 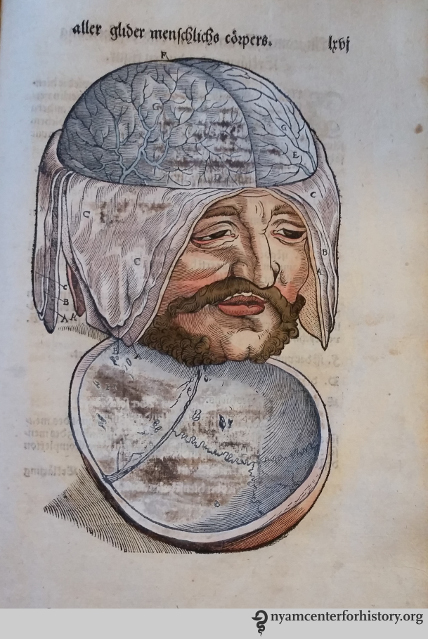 Applications for Fellowships for 2016-2017 must be submitted online by 5 January 2016.  Applicants must submit: a Curriculum Vitae limited to three pages; an abstract limited to 150 words; and a project proposal, limited to 2,000 words, describing the research project and how it will advance scholarship in the history of science, technology or medicine. In addition, each applicant must inform two recognized scholars that they will be asked to submit letters of recommendation by 12 January 2016.  We will send instructions to these scholars upon receipt of an application, but applicants should let their recommenders know to have a letter ready for submission.

END_OF_DOCUMENT_TOKEN_TO_BE_REPLACED

The University of Notre Dame History and Philosophy of Science Graduate Program seeks to appoint two Postdoctoral Fellows in history and/or philosophy of science. Appointments begin August 2016 for one year, and are renewable for a second year.

Applications are welcome from scholars working in any area of history and/or philosophy of science, technology and/or medicine, including the human, physical and social sciences. In addition to pursuing their research and participating actively in the intellectual life of the program, the ND HPS Postdoctoral Fellows teach one course per semester, which may be either graduate or undergraduate. ND HPS Postdoctoral Fellows are strongly encouraged to teach a graduate seminar in their area of specialization.

The annual stipend is $48,000 in the first year, rising to $50,000 in the second year. In addition to the stipend, the package includes health insurance, $4000 per year of research and conference travel funds, and up to $3000 in relocation expenses. Office space, which may accommodate up to two postdoctoral fellows, will also be provided.

Applicants must have completed all requirements for the doctoral degree by June 30, 2016.

END_OF_DOCUMENT_TOKEN_TO_BE_REPLACED

The British Society for the History of Science (BSHS) is very pleased to announce a competition for up to 4 bursaries of £4,000 each to support students taking a master’s degree in the history of science, technology or medicine. This round of awards will be available to those who have been accepted on a master’s programme for the academic year 2015-16.

Applications should be made using the form provided on our website and should include a financial statement indicating what other funding has been sought or received. Those who have been given full studentships from other funding sources will not be eligible for these bursaries. All application materials should be sent to the Executive Secretary at office@bshs.org.uk with the subject ‘master’s bursaries’. The deadline is 30 June 2015.

For more details and to apply please visit our website. 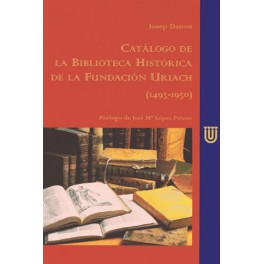