ABSTRACT: Towards the end of the nineteenth century, a new intellectual sub- discipline emerged in academic departments in the United States and Western Europe: the psychology of religion. Championed by figures like William James, Théodore Flournoy, Pierre Janet, and later C.G. Jung, the psychology of religion claimed to offer a novel science of religion, based on a revalorization of individual religious experience. The psychology of religion drew much of its strength from the popularity of Liberal Protestantism at the turn of the century—indeed, many of its proponents constructed their theories of religious experience on the basis of Friedrich Schleiermacher’s affective understanding of religion. Concepts such as ‘conversion’ and ‘mysticism’ became signposts of the way in which the sub-discipline was attempting to reformulate the study of religion. In this talk, I will provide an overview of the psychological conceptions of ‘mysticism’ advanced in the first three decades of the twentieth century, and offer an argument about the importance of the concept of ‘mysticism’ for the making of modern psychology. 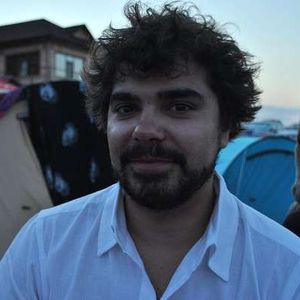 BIOGRAPHICAL STATEMENT: Matei Iagher has a BA in Religious Studies from Franklin & Marshall College in Lancaster, PA, USA (2008), an MA in Religious Studies and Theology from KU Leuven, Belgium (2009), an MA in History of Medicine from UCL (2011) and a PhD in History of Medicine, also from UCL (2016). His research interests include: the history of the academic study of religion, the history of religious psychology, the history and consumption of pharmaceuticals, divine madness, C.G. Jung.